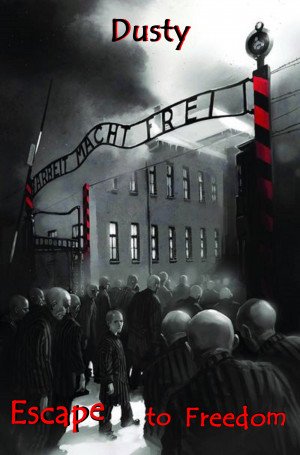 Daniel and Adina were on the run. The Nazis had invaded France and were rounding up Jews. Their only hope for escape was to get to Switzerland a neutral country. They were young, inexperienced, and Jewish. Each step was filled with uncertainty and danger. Will they escape the brutality of the Germans or will they become another figure in time? Less
It was a bad time for the Jews. Many were trying to escape the Nazis’ cruelty. It was a time of sorrow and unknowing fear. Jews were being rounded up and sent to concentration camps or worse; extermination. Families were being separated, never to see each other again. Many families were trying to hide in the countryside of France. Some even tried to make it to Switzerland which was a neutral country.

Adina’s family was one such family. Adina was a 19-year-old Jewish girl who lived on a small farm near Metz, France in the year 1943. She lived with her parents and grandparents. Her grandparents had fled Germany and came to her parent’s farm when the Nazis started rounding up Jews. It was a hard time, an evil time. No one knew when the Germans would invade a home and arrest or even worse, kill the family. That's exactly what happened to her family and her best friend Daniel's family. Now they had only each other.
Adina and Daniel had been friends for a long time and even sweet on each other. They were two young and inexperienced teenagers faced with an adult task of escaping to freedom; dodging Nazi soldiers, Nazi simplifiers and traitors and even wild animals in the woods. Will they make it to Switzerland?